Bermuda’s Footy Force Cadete Team is competing in the World Futsal Championship in Orlando, Florida, with two group matches played yesterday [Aug 7], leading to a loss and a draw for the Bermuda team.

Goals scored by Footy Force came from Tai’Quan Davis with one, and Knory Scott with two.

In its second match, Footy Force took on Legends, with the game ending in a 7-7 draw. Footy Force came from behind to lead 7-6 at one point, however, Legends scored a late equalizer to tie the game. 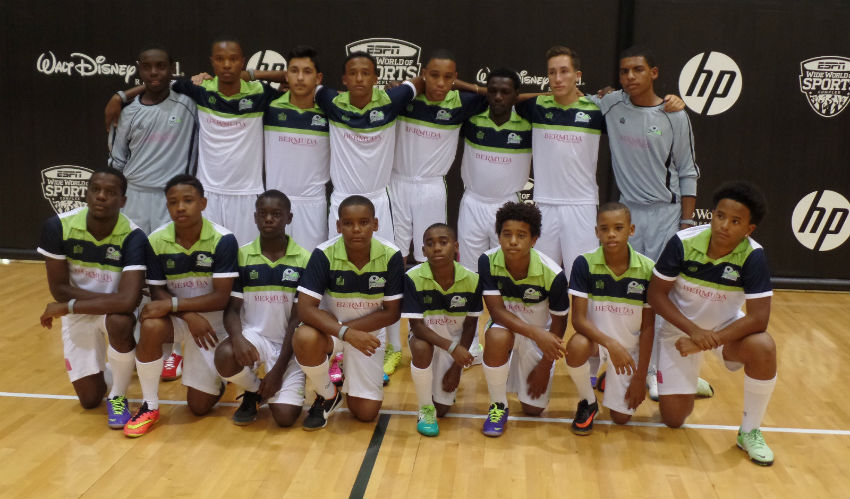 Goals scored by Footy Force came from Tai’Quan Davis with two, Knory Scott with four, and Jomeko Mallory with one.

Footy Force’s next match in the Championships will take place today [Aug 8] against City Futsal.