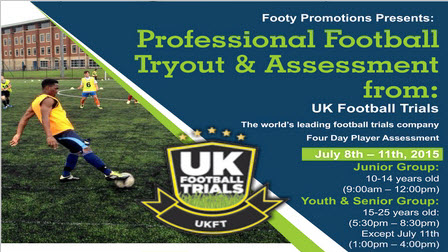 Footy Promotions recently partnered with a UK football try out company to host the “Professional Football Tryout and Assessment” and said seven Bermudian players have been selected.

“UK Football trials Company were flown in by Footy Promotions and gave 100 players [aged 10 – 25 years old] a 4-day intensive try out. These players were given the chance to get scouted by professional and semi professional clubs in the UK,” a spokesperson said,

“Three of the UK’s top UEFA coaches from professional clubs, tested players on all areas of the game, with a premier league club scout also in attendance. All attendees was given an individual graded assessment on 10 elements of their game, for example: game effectiveness, movement on/off the ball, passing/receiving and attitude. 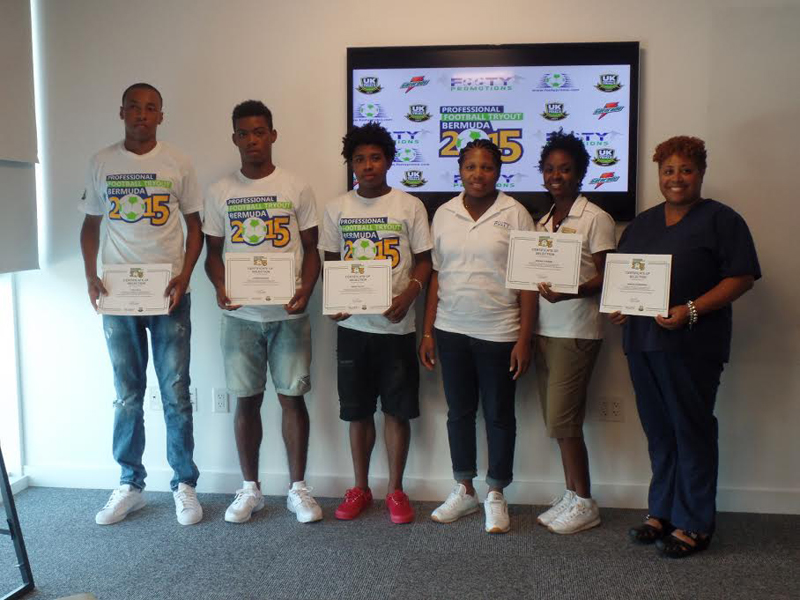 Harry Price , UK Football Trials Director and Team said, ”We would like to say a huge thank you and well done to the players. The standard was way higher than we were expecting, the player’s attitudes were superb and the levels of enthusiasm, energy and ability to listen and learn over the 4 days was excellent.

“Thank you for making our job so easy – you were all a pleasure to coach and work with. We thoroughly enjoyed it and hope you all did. We really want to make this an annual event and wish to keep an eye on a number of players we believe have a very good chance to make it in the game here in the UK. Thank you so much to everyone that attended and very well done.”

The decision and selections of players has been made, with seven players being selected out of a 100 participants. These players will be given their chance at professional clubs such as a Premier League team, Championship teams, League one, League two teams and a MLS team.

The following players have been selected:

Vinzie Zuill, President of Footy Promotions, said, “We would like to congratulate the players that was selected as they worked hard and showed that they have pro level abilities. This is a great opportunity for these players to take one step closer to fulfilling their football ambitions.

“We challenge these players to continue their hard work and train even harder to make the most of their opportunity at a pro club. The UK coaches was impressed with many players that attended.

“Therefore, we encourage players that did not get selected to continue their development and improve some areas from their graded assessment for evaluation next year. “