What It Takes To Play In College 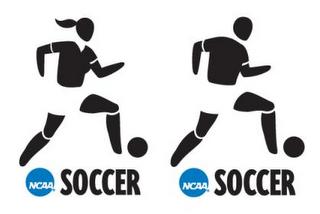 In my travels across the nation I am constantly asked, “What does it take for a player to compete as a college soccer student-athlete?” The answer may be as broad and difficult to define as the question.

Coaches receive letters and phone calls every week from high school players, coaches and parents claimning that they have a player who can play Division I Soccer. The college coach’s first questions are always, “Have you seen my team play?” and “Do you know what the Division I Level is like?” Too often they do not. They have only seen youth and high school games and are not aware of the speed of play at college. The same could be said of college coaches pushing their players to the pro or international level. We do not always get a chance to truly see that game, and naturally think that our most talented players can excel at those levels without truly understanding what the level demands.

The Division I Level of the NCAA is the most recognized level of college soccer. Players and coaches put in long hours all year to insure success and development. These hours (12-20 per week, depending on the team) are in addition to college classes, individual study and social activities. The time load of a Division I player is likened to a full-time job that attracts thousands of player-applicants each year.

Speed is the primary component that distinguishes a Division I player from Division II, NAIA and Division III. The technical speed of a player to take control of the ball and do it in as few touches as possible separates the top Division I player from all others. The tactical speed to read and anticipate 2 to 3 passes ahead of play, rather than just reacting to the current pass, run or clearance, determines the speed of the game and thus the level of play from Division I (tactically the fastest). The physical speed of a player is the most obvious. If players are always getting away from you in club or high school play, you may want to look for programs at a lower level where you can compete successfully.

What does it take to play college soccer? The answer is “What do you want from your college experience?” If you have the technical, tactical and physical tools to play at the Division I Level, do you have the time and dedication? If you would sit on the bench for a Division I team, would you be happier playing for a Division II, III or NAIA program? The answers to the questions lie in your abilities and aspirations.

To compete as an NCAA Division I player, the student-athlete must be focused, dedicated and opportunistic. However, to play college soccer, you do not have to do it at the Division I level.

•have the physical speed to break away from strong tenacious markers/defenders
•are able to hold and shield the ball with the head up
•are confident and talented enough to take on 1, 2 or 3 players on route to goal
•are comfortable and successful with both feet while under pressure
•have a superior physical fitness level
Midfielders:

•are physically strong enough and quick enough to avoid injury due to physical play
•have the tactical ability to read and play within the tempo of the game
•have the technical ability to play a controlled 1 and 2 touch game
•can play the ball from side to side as well as back to front
•can and will defend anytime the ball is lost
•have the personality to play under pressure
•have a superior physical fitness level
Defenders:

•have the stature and physique that brings confidence to their teammates
•have the strength and agility to win 50/50 balls and avoid injury
•have the technical ability to make 100% of the saves in the middle of the goal
•have the leadership and social skills to get along with and lead their team
•can distribute the ball safely in their half of the field
•can penetrate the other teams’ half with long punts, throws or drop kicks
•work harder in training than in games
•have a tactical ability within the flow of the game

No Responsesto “What It Takes To Play In College”